The anterior cruciate ligament is one of the major ligaments of the knee. It is located in the middle of the knee and runs from the femur (thighbone) to the tibia (shinbone). The ACL prevents the tibia from sliding out in front of the femur. Together with the posterior cruciate ligament (PCL), it provides rotational stability to the knee. An ACL injury is a sports-related injury that occurs when the knee is forcefully twisted or hyperextended. An ACL tear usually occurs with an abrupt directional change when the foot is fixed on the ground or when the deceleration force crosses the knee. Changing direction rapidly, stopping suddenly, slowing down while running, landing from a jump incorrectly, and direct contact or collision, such as a football tackle can also cause injury to the ACL.

Rupture of the anterior cruciate ligament (ACL) occurs in more than 200.000 active adolescents and adults in the United States every year. While some patients can be treated without surgery, ACL reconstructive surgery is typically recommended for active individuals to allow for joint stabilization and to reduce long-term risk for meniscal tears and osteoarthritis. Traditionally, anterior cruciate ligament (ACL) tears are treated by reconstruction using a tendon or ligament autograft (tissue taken from your own body) or an allograft (tissue taken from a donor). Standard ACL reconstruction techniques use a tendon harvested from a different site in the body and are often associated with morbidity from tendon harvest, and extended periods time to full recovery and return to sports activity due to the more invasive nature of this reconstruction technique.

What is Primary ACL Repair?

Primary ACL repair is a new surgical procedure that allows repair of the torn ACL rather than replacing it with a graft. Traditionally, the concept of ACL repair was felt to be insufficient due to limited spontaneous healing potential of the ACL found in studies in that certain subgroups, especially ACL tears directly from the attachment at the femur bone can be successfully repaired with very encouraging clinical outcomes. Based on advances in diagnostic imaging pre-operative identification of these tears that are amenable to repair, as well as development of modern arthroscopic surgical technology and postoperative rehabilitation, primary repair of the ACL is establishing itself as an attractive and effective alternative treatment option for eligible patients with ACL tears of all ages and activity levels.

Figure 1: Principle of ACL primary repair (A) (shown with internal brace) vs. ACL reconstruction with a tendon graft (B)

The new technique of primary ACL repair has several distinct clinical advantages compared to the traditional technique of ACL reconstruction. Besides preservation of the complex anatomic attachments and double bundle anatomic structure of the native ACL, primary repair also preserves the nerve structures contained in the normal ACL, thus retaining the normal biomechanical and proprioceptive function of the original ACL which is otherwise lost with ACL reconstruction using a tendon graft. Most importantly, primary ACL repair can often be performed less invasively than ACL reconstruction and often allows for more proactive progression of rehabilitation and faster return to athletic activity.

The indications for primary anterior cruciate ligament repair include:

The procedure is performed minimally invasively using arthroscopy in an outpatient setting. Using a special arthroscopic technique, sutures are placed into the end of the torn ligament and these sutures are then used in combination with bio-resorbable anchors to reattach the ACL back to the anatomic attachment sites on the femur bone from where it tore off. Frequently, a strong suture is added as an “internal brace” to safeguard the healing ligament. In addition, the ACL healing process can be biologically augmented by locally adding autologous growth factors concentrated from the patient’s own blood and/or cells obtained from the patient’s bone marrow. Rehabilitation protocols after ACL repair typically allow for faster return to activities of daily living and sports compared to the rehabilitation following ACL reconstruction using grafts.

Figure 2: Arthroscopic view of the torn ACL (A) and repaired ligament (B) with internal brace

Primary ACL repair is a relatively safe procedure; however, as with any surgery, some risks and complications may occur, such as the following: 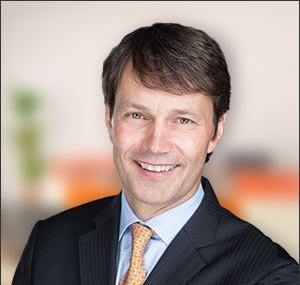